Yukon arrived safe and sound at the fair island of Barbados early on the morning of October the 28th after 22 days at sea.

It’s always a bit surprising at how incapable one is at walking a straight line after such a period at sea.

I was doing my best to act naturally whilst completing the customs formalities, the pristine uniformed customs officer smiled knowingly from behind the desk in her air conditioned office.

The paper work was a bit baffling but the English spoken was sweet music after a couple of months of Spanish and Portuguese.

All the islands of the Caribbean are of volcanic origin – except Barbados, she is pure coral, relatively flat, with beautiful white beaches and welcoming faces.

After one night’s rest we woke the next morning to the long discussed brunch we had dreamt and fantasized about over the Atlantic.

Our sat C started to spit out warnings about a deepening tropical depression north of the Venezuelan coast. By mid afternoon amid torrential rain, it was pretty obvious that Bridgetown was going to be hit.

Hurricane Thomas was predicted to cross a few miles south of Barbados, less than 20 miles from our position. So after deciding to ride the storm out in the protection of the main harbour basin it was a case of preparing. Every available warp and mooring line was rigged after we moved to the most secure location in the basin. Extra fenders and various concoctions of rope and wood were lashed to our port side in an effort to protect Yukon’s topsides from possible damage as a result of the expected surging at the quay. 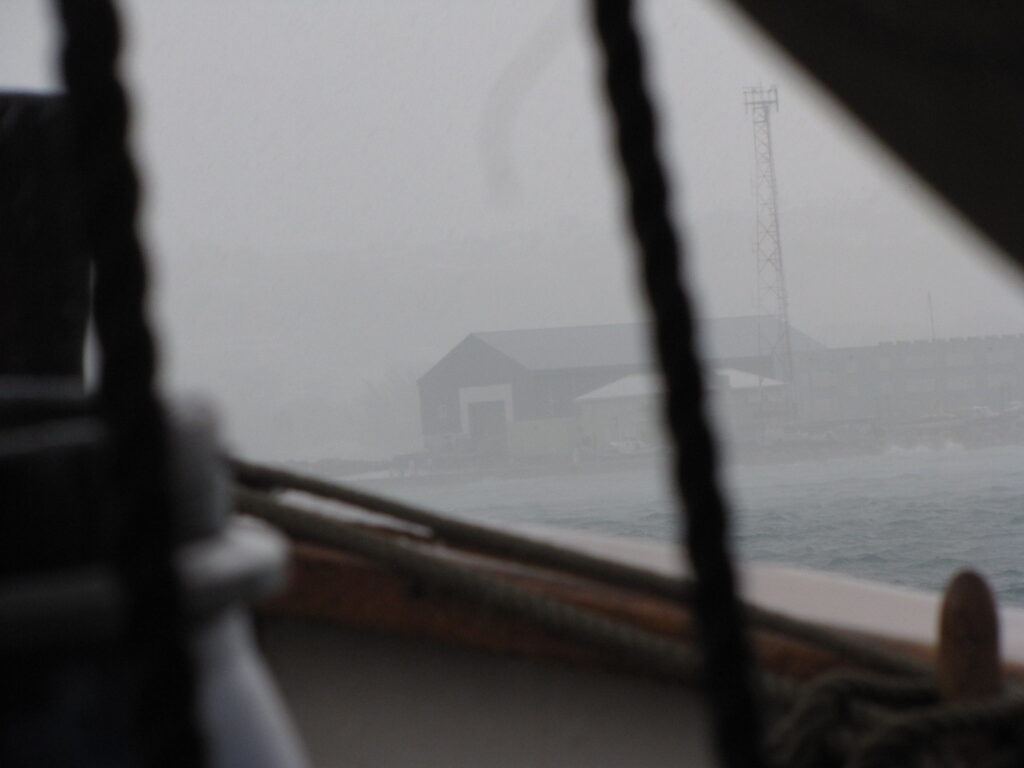 Hurricane Thomas was predicted to cross a few miles south of Barbados, less than 20 miles from our position. So after deciding to ride the storm out in the protection of the main harbour basin it was a case of preparing.

Every available warp and mooring line was rigged after we moved to the most secure location in the basin. Extra fenders and various concoctions of rope and wood were lashed to our port side in an effort to protect Yukon’s topsides from possible damage as a result of the expected surging at the quay.

By 7 in the evening we were ready, the wind was steadily increasing and more importantly the winds direction was as hoped.

By 5 in the morning it was gusting up to 45 knots or Beaufort force 9. At 6 o’clock things started getting spicy; gusts of 60-70 knots were whipping up the water in the harbor to a white horizontal spray that made it almost impossible to see. The watch on deck was forced to wear diving masks so we could keep an eye out for floating debris in the basin.

At 8 o’clock I was below to change and noticed the wind dropped down to a mere breeze the eerie sensation of the hurricane eye was upon us.

The rain had ceased and sirens wailing from the nearby city of Bridgetown could be heard. After about half an hour of nerve wracking calm the wind backed around to the south west and strengthened again apparently the highest recorded gust was in the area of 80 knots.

Antennas on the roof of the nearby signal station were snapping like twigs and unbelievably waves began to break over the top of the break water just over the other side of our quay the wall is about 8 meters high and the sight of great water rolling over the top of it was enough to put the frighteners on anyone.

The half meter of water that rolled off the dock and down on our deck was pushing our gear. It was difficult to see what was up and what was down. I was polishing up plan B when mercifully the wind began to ease up, the sea followed suit so for the first time in the past day smiles of relief began to emerge. Yukon had sustained minimal damage and nobody had been hurt.

The power of nature had left all onboard awestruck, our sturdy ship had protected us all, the smell of bread from the galley was heaven sent. We spend the rest of the morning dodging wave tops up on the seawall it was fantastic to see such large rolling seas from the relative comfort of a harbour. 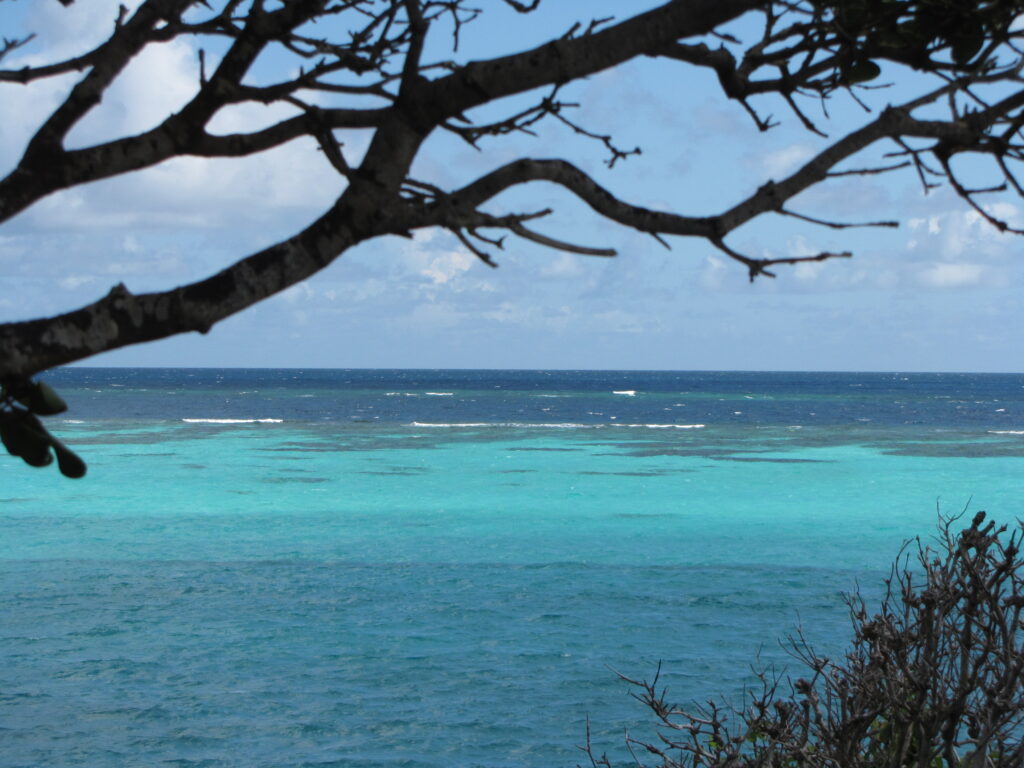 The next day, after a good hurricane and goodbye party, to all those departing it was emotionally a hard time as we all grew close as a crew in the 50 previous days.

So with the goodbyes said, we welcomed our new crew and set off to the fabulous Saint Vincent and Grenadines.

A short passage of 100 miles to the west amid thundery conditions, the morning light revealed the majestic form of Saint Vincent, the most northerly and largest of this archipelago land. The 20 odd islands stretch 50 miles away to the south west and come in various sizes, from 15 miles long down to mere rocks.

These lovely islands typify the Caribbean with sandy palm fringed beaches and mountainous backdrops they afford great anchorages, chiefly on the west, leeward side, and are populated by, understandably very happy people.

“Don’t worry man” The Rasta brothers have got it sorted, when a lot of Europeans arrive in these parts, the comments often are along the line of “Wow these guys just sit around under trees all day”, but after a couple of sweltering days they find themselves sitting next to them. 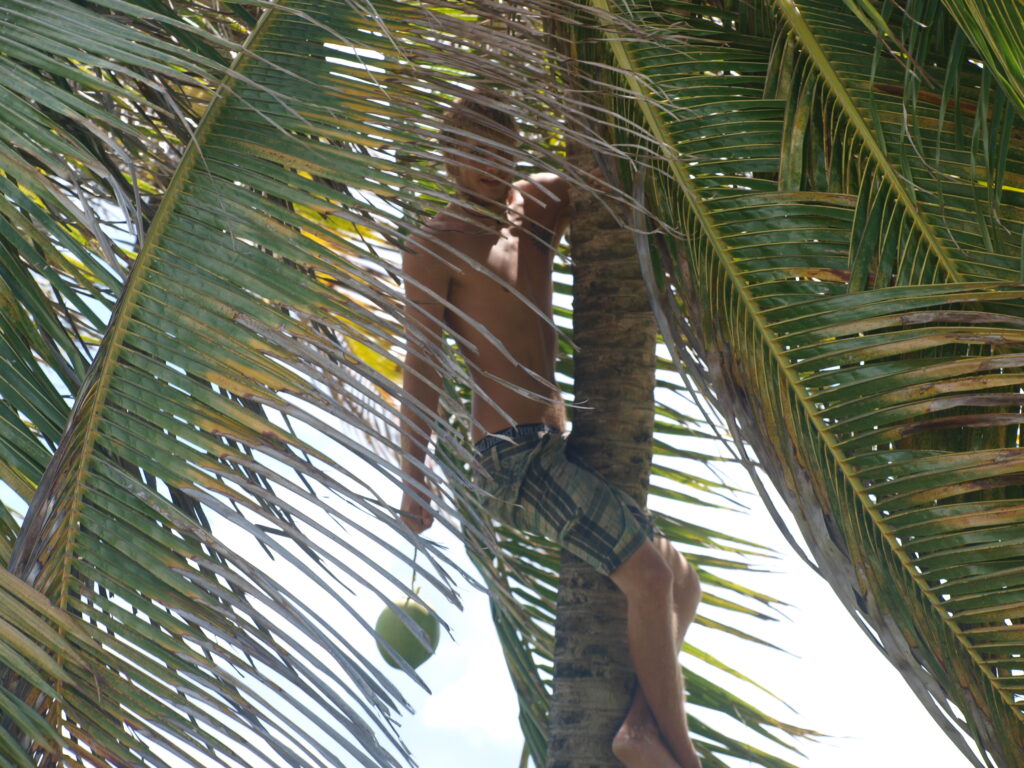 We have snorkeled and swam both with turtles and rays, schools of fish of all shapes and sizes, marveling at the cosmic array underwater … average temperature 25 degrees all this encompassed with no more than 130 miles on the log. I think some of the boys are developing webbed feet.

Christmas is fast approaching. The next 3 weeks we plan to continue cruising the coast of Grenada and her adjacent islands, arriving in Port of Spain Trinidad on the 14th of December to go on the slip, the old girl needs a shave and fresh make up on her nether regions in preparation for the Pacific as we continue south towards the land down under.

This error message is only visible to WordPress admins

Please go to the Instagram Feed settings page to create a feed.